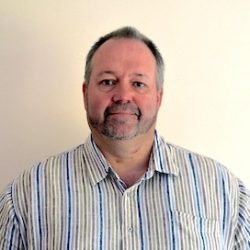 David became a secondary PSHE Co-ordinator due to his belief in its value in helping students understand their own feelings and experiences. As he started to plan and deliver PSHE lessons he found first-hand how essential PSHE was and how awful some of the previous planning had been! David was shocked to find really dull lessons and an over-reliance on very dated videos and realised that the subject needed to be given more status. Therefore in his secondary school, he invited visitors in to give presentations on a range of topics, including sexual health, to which the students responded positively, learned so much and were treated as adults in the process.

From then on David has been committed to raising the profile of PSHE wherever possible. He believes that PSHE needs to be embedded in the curriculum from an early age as issues such as body image, self-confidence, and self-esteem, celebrating differences and safeguarding are essential to learning. An unhappy child will not learn well or develop into a well-rounded adult.

David is one of 14 people globally (this figure may not be accurate) who adore progressive rock music. He can often be found playing air guitar to an admiring audience of his pet dachshund and rabbits.