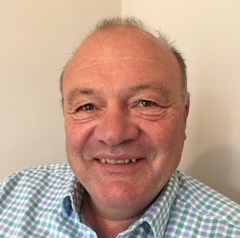 After leaving St Luke’s College in Exeter Brian’s first teaching post was at a boys’ Grammar School in Lancashire teaching PE, Games, and Science. He then moved on to a special school in Hampshire to teach some fairly challenging boys all subjects for a year.

Brian was then appointed as a Housemaster at a co-ed independent school, which catered for dyslexic children also in Hampshire. Here he met his wife and his three children were born; we stayed for fourteen years. We then moved to Bruton in Somerset, again in a pastoral role and also teaching Religion & Philosophy, this was a co-educational comprehensive school where we stayed for eight years.

Brian’s dissertation for his MA was based in Spiritual Development in the Secondary School curriculum and he was invited to become a member of the National Forum for Values. It was at this time he completed a Farmington Fellowship during which he set up a European Project based in human values education with six other schools.

For the past eighteen years, Brian has been various, Head of Religion & Philosophy, Head of PSHE, i/c Collective Worship, Assistant Head Teacher, mentoring NQTs, leading on international projects and Senior Tutor at Poole Grammar School in Dorset. Brian was a member of Somerset SACRE for 8 years and also a member of Poole SACRE for a further 8 years.’

SMSC is the essential adhesive that allows the rest of the school curriculum to become both cohesive and cogent.’